ENTER THE BUCKY DOME ZONE is a temporary communication platform open to the public that constructs radio as participatory, shared space. The dome serves as a research and broadcast facility that houses resources for research, broadcasting, and sound-making.

Buckminster Fuller (1895 – 1983), nicknamed Bucky, was many things: an inventor, architect, designer, author. One of his best-known designs is the geodesic dome, the goal of which is to provide efficient and structurally sound shelter. Mark Wigley writes in his book Buckminster Fuller Inc.: Architecture in the Age of Radio that the “defining characteristic of radio is its disinterest in objects. It literally passes right through them. Yet the objects around are located, marked, connected, exposed, infiltrated, monitored, reorganized, promoted, locked, archived, protected, dissolved, and even destroyed in the space of radio signals” (2015, 14). The structure of ENTER THE BUCKY DOME ZONE is contained yet open, allowing for simultaneous incubation and circulation of ideas.

The first iteration of ENTER THE BUCKY DOME ZONE was installed in NINE,  the annual exhibition for The Creatives Project, in Armour Yards from November 5 – December 2, 2016 (Atlanta, GA). 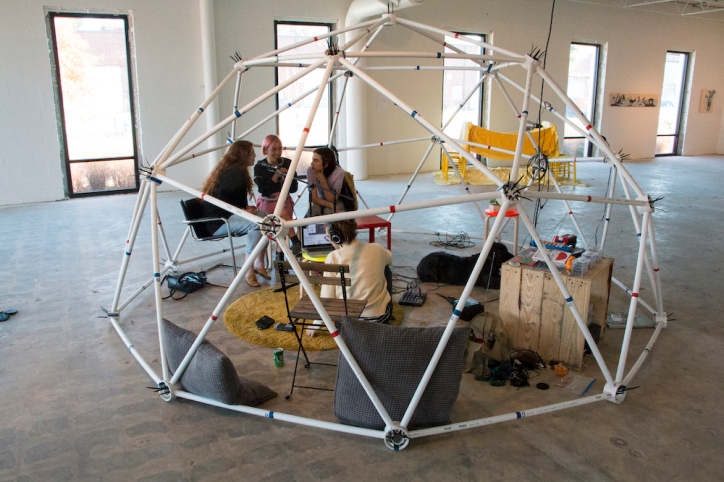 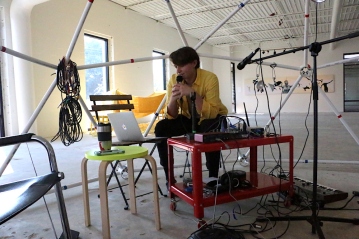 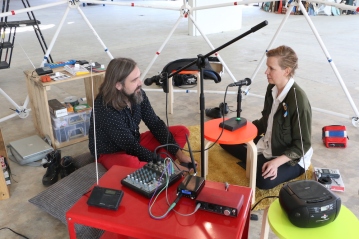 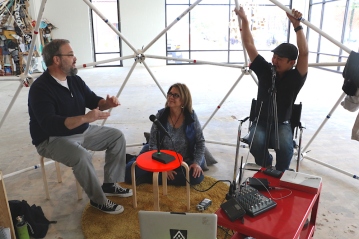 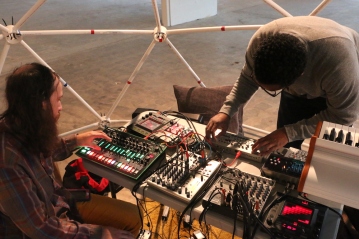 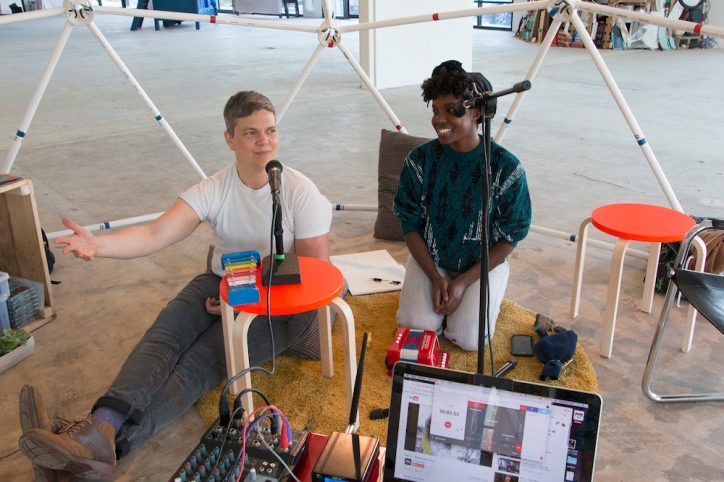 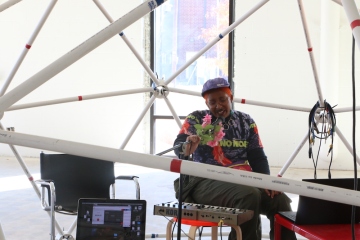 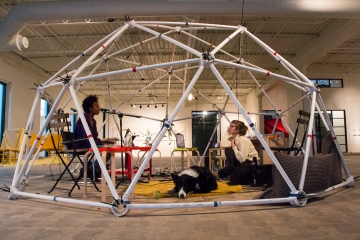 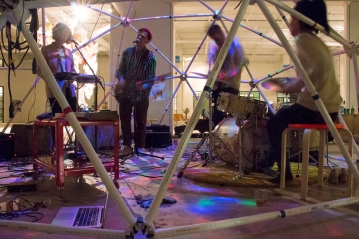 ENTER THE BUCKY DOME ZONE set up a makeshift studio (without the dome) for the conference Critical Junctures 2017 – “The Work of Art: The intersections of race, sexuality, gender, and disability” at the Emory Conference Center on March 17, 2017.

ENTER THE BUCKY DOME ZONE was installed and performed for Little Five Arts Alive in conjunction with Criminal Records‘ Record Store Day events in the plaza of Little Five Points in Atlanta, GA on April 22, 2017. 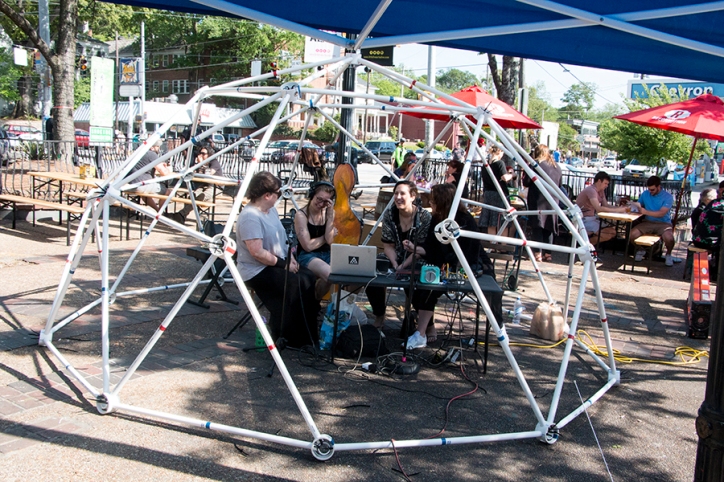 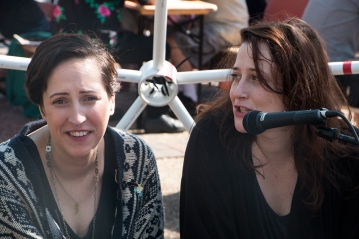 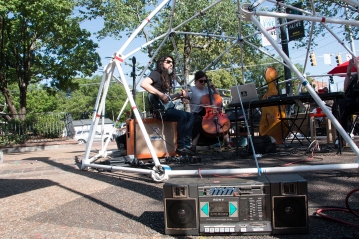 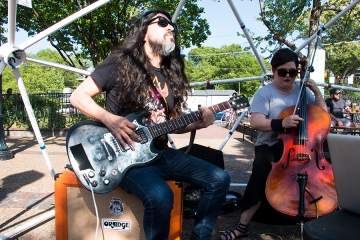 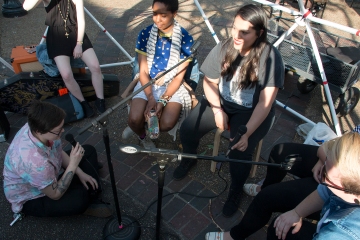